Why do GCP VM SSH sessions appear as two sessions in Cmd?

When you connect to a GCP VM with the Cmd agent installed, depending on which method you use, you may see two sessions in the Cmd app. For example, this screenshot shows the 'Live sessions' page: 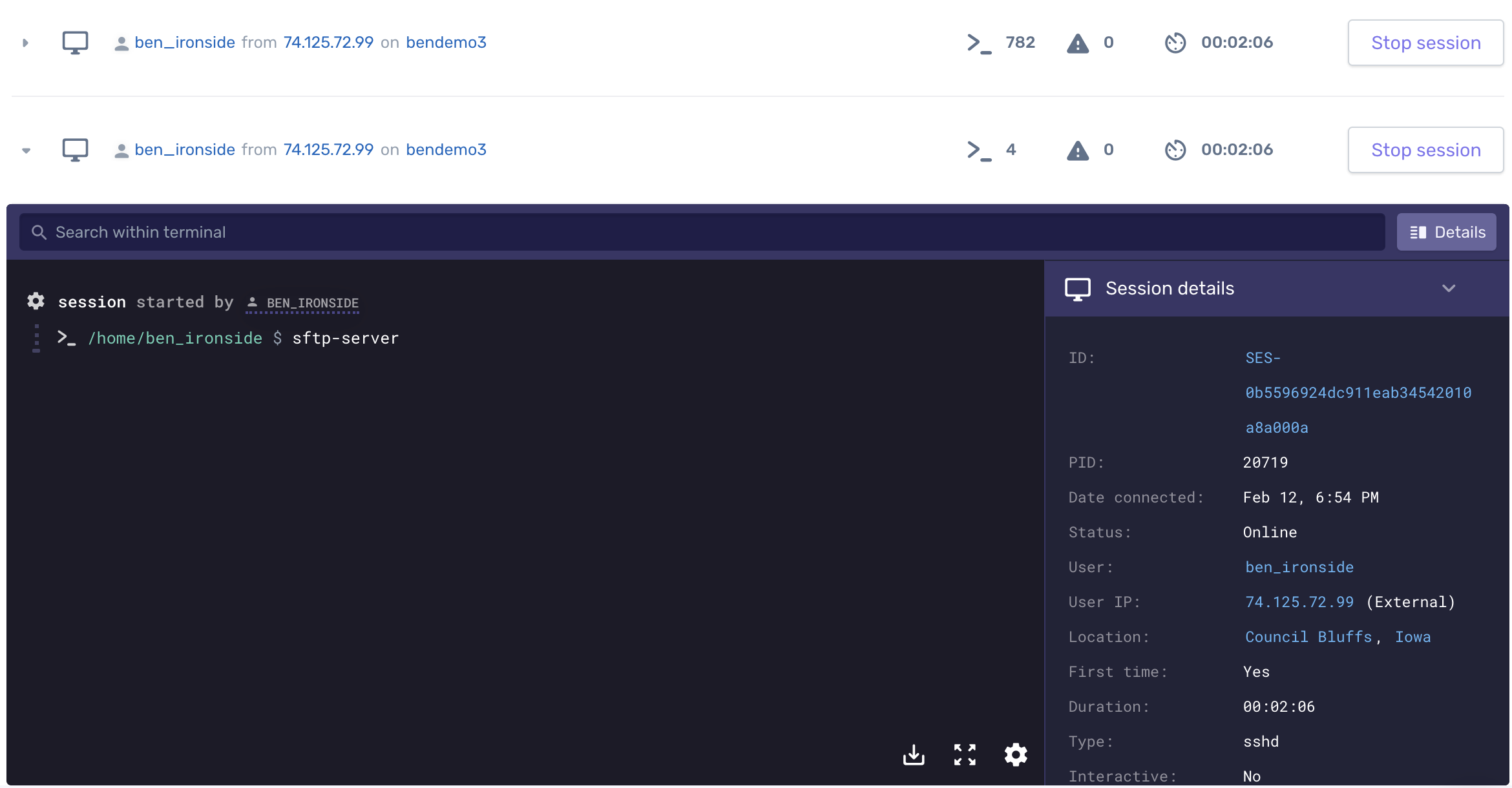 This happens when you use Google's SSH in the browser method to connect to a VM. Google starts an SFTP session to enable file transfer between your local machine and the VM. In the Cmd app, the SFTP session appears separately from the SSH session, but with the same IP and user.

As seen in the above screenshot, when you connect by this method, the SSH session can be easily identified because it has a higher command count than the SFTP session (due to shell startup commands). The commands you execute will appear in the SSH session.