The Cmd web app terminal helps you quickly explore the data Cmd collects from your servers. It appears throughout the web app to help you explore and understand your data.

This guide describes the terminal, it's features, and how to configure it.

You’ll find the Cmd terminal on the Sources, Alerts, and Reports tabs. In this example, the terminal displays a simple session that consists of a login. See below to learn more about each numbered component:

3. The data appears under the search bar. In general terms, it includes session and
execution activity (more details below).

4. Data export. In the bottom-right, click the downward arrow icon to open the data
export menu (Note: the maximum number of rows for a download is
500,000, and the default is 50,000): 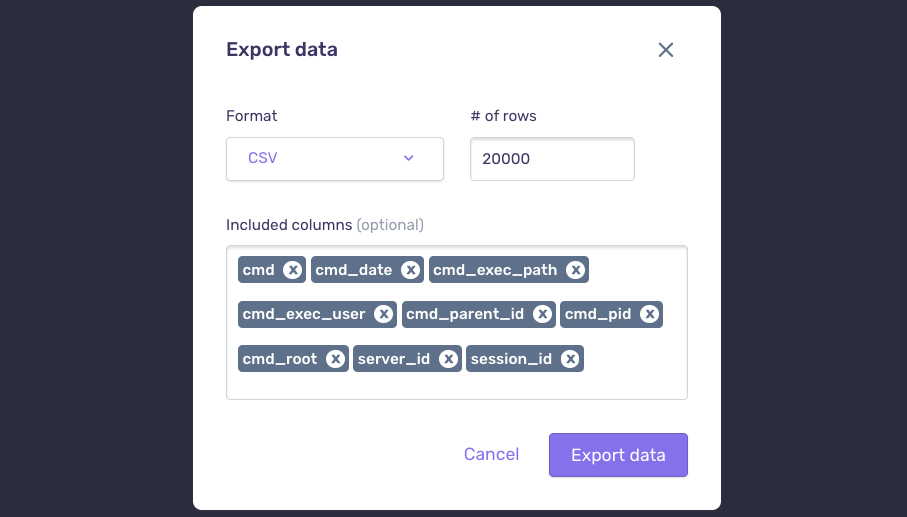 5. Toggle fullscreen mode by clicking the outward-arrows icon in the bottom right.

6. The settings button (the gear in the bottom-right) opens the terminal settings
menu:

On the terminal settings menu, you can customize the command template, and (on Cmd Control) decide whether to show or hide Bash built-in commands.

The settings window includes a terminal where you can preview your changes: 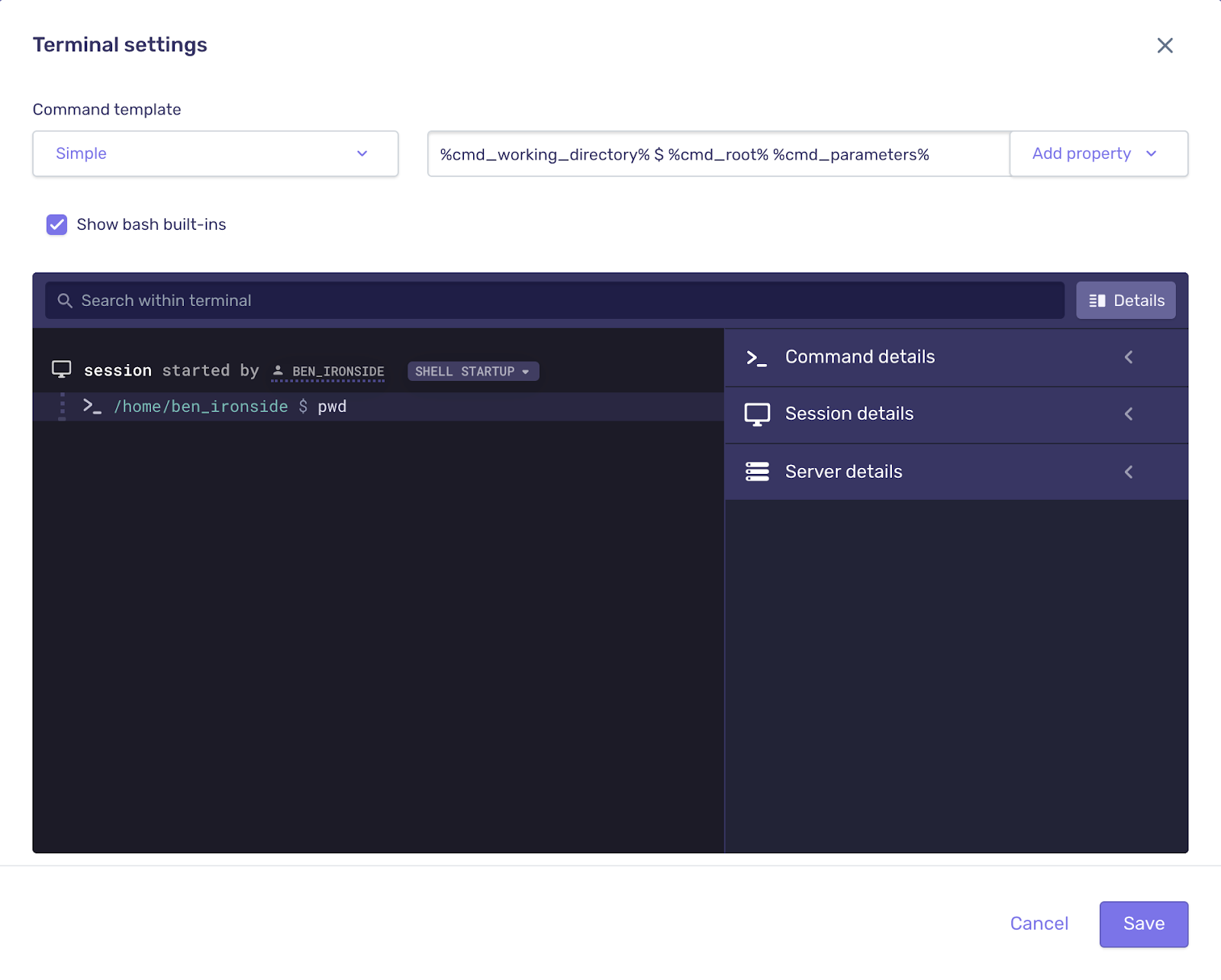 The command template controls which data appears to describe each command. You can choose one of the predefined templates, or create a custom template by adding or removing properties. The available properties are as follows:

cmd_date : The calendar date of command execution (MM/DD/YY).
cmd_exec_path : The executed program's fullpath. For built ins, the command’s name.
cmd_line : Exactly what was executed by the shell.
cmd_parameters : The command switches and arguments.
cmd_root : The executable’s basename.
cmd_time : The time of day when the execution occurred  (HH:MM:SS).
cmd_working_directory : The directory from which the command executed.
server_id : The server's Cmd ID (SVR-[32bit hexadecimal ID])
session_id  : The session's Cmd ID (SES-[32bit hexadecimal ID])
session_login_user : The Linux user who initially logged in to the server (not the auth user).

Expect the terminal to display:

Do not expect the terminal to display:

Scripts (i.e. shell startup) collapse into expandable buttons like this:

The username on the left was used when starting the session. The other username is the one associated with the user's authenticated Cmd account.

Click the output button next to a command to show the command’s output:

If a command has children with multiple outputs, the button will say 'outputs', and expand to show all of the outputs.

When you hover over a username in the terminal, extra details appear to describe that user. You can follow the links in a user summary to see related data.

Terminal search only works on loaded data.
Data is loaded into the terminal 1500 commands at a time, and to load more, you have to scroll to the end of the loaded data.